Although I was never much interested any kind science fiction novels I came across Dune simply by boredom. I was fed up with current political news and I wanted to immerse myself in something apart from the reality of every day life.

I think I made a good choice by picking up Dune. I finished the book and quickly realised that this is not simply about science fiction but also a reflection of the world we are in.  Dune has themes of politics, corruption , genetics, wars and so on. One does not usually expect such an abundance of heavy theme in a science fiction book but here it was and I enjoyed it immensely.

The first Dune book was written in 1965. From what I gather from the net the book was an instant hit. Dune was followed by a series of following stories however none of them were able to reach the success of the first one. There are many links and blogs dedicated to Dune. The links are below.

Whenever I told my friends that I was reading Dune, a feeling of nostalgia hit them. Many told me that they read the book when they were little. Many of them played the PC- game Dune , which looks like a prequel to any of the C&C games. Nevertheless everyone I know remembers the Dune as a childhood memory which is good but also a reminder that how late I am  = )

A day ago I finished God Emperor: Dune . I liked the book however some of the parts was excruciating to read. The flow of the story was slow. There were too many details which did not seem to make sense but in the end it all came together.  God Emperor may not be the first book to advise to anyone who did not read Dune first. However given the background of II. Leto the story was sad and confusing at the same time. I think i will take a break from Dune by reading a different book and proceed with the series afterwards.  This is not to say this is a bad book but it is a difficult read.

I should also add that Dune borrows Arabic terms and Fremen is loosely based on Arabic people. It could be striking for a Western reader to see some Turkish / Arabic words used in the book but it does not have the same affect on me since I am Turkish and I really know the real meaning of the words and the terms that are used in the book.

I will update this entry with as much as possible.
For now this is it.

Posted by ersinlovesthedesertfuzz at 6:43 AM No comments:

Children of Men is one of the masterpieces of cinema history. There are too many to count reviews over the internet. However my favorite one is laid out by Nerdwriter1.

Apart from all Hollywood blockbuster movies this is the one I come back for the left out details.

What I think the most important aspect of Children of Men is that the story is told on the background. While there is a linear story , there are also a lot of well-thought out images, messages, icons in the background.

I took a bunch of screenshots of my favorite scenes. Enjoy. 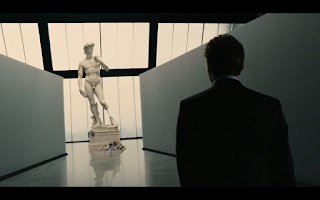 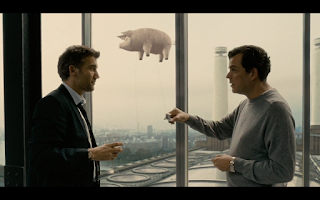 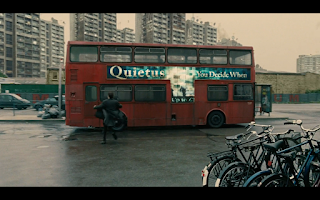 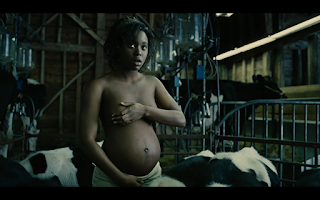 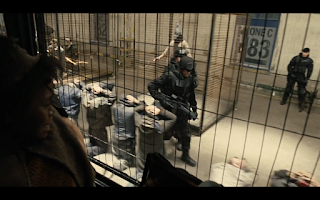 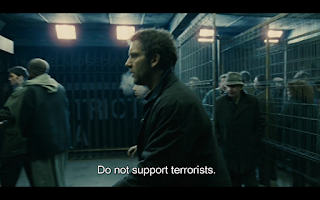 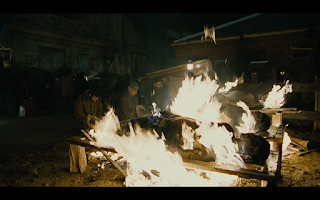 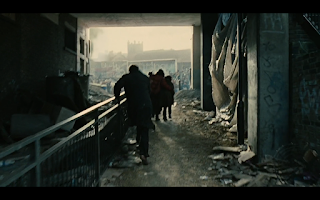 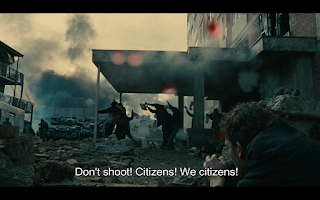 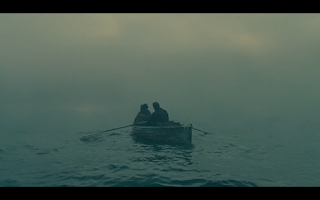 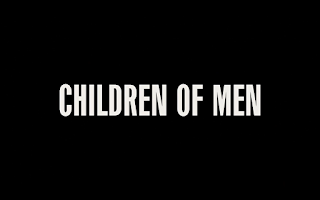 Posted by ersinlovesthedesertfuzz at 7:56 AM No comments:


I walked into my luthier's work place one day and suddenly said "I want a fretless guitar".

I do not why I said it nor what pushed me to say it. It may be because I have listened this album of Erkan Oğur a countless times, and also have watched Spanish Improvisations of Cenk Erdoğan, whom I follow on social media regularly.( Yes instead of stalking ex's I follow bearded men playing guitars) Also some videos of  Sinan Cem Eroğlu, who I am taking guitar lessons from now, may have pushed me to take on fretless guitar lessons.

Now that I can barely play a few songs and I can jam around with few chord alterations but I am nowhere near to the artists I am following. I hope one day that I will be able to master the instrument to arrange and play any song I want on fretless guitar. It is indeed a beautiful instrument. Also a side note; you cannot learn it off the internet. It's that difficult. If you are interested you should contact the artists and request them to teach you the fretless otherwise it will take an immense amount of time.


Starting from 2014 I attended Berlin Desertfest festival regularly until 2016. In 2016, it was sold-out. Being a regular metal head who buys tickets at the very last minute I was a quite bit of surprised. In 2016 I missed Electric Wizard but I made it up by watching the almighty Sleep in 2017.  It was worth every euro paid, every km that was flown and every hurt in my muscles while I was waiting for them to play.
The only downside of Berlin Desertfest was there were four stages. Two of them were two-minute walk from the main and the foyer stage. Being the greedy guy I am, I wanted to see all of the bands. That did not happen.  So I had to stick with what I know. I chose the bands which were most familiar to me. Although this was not tiresome as the previous years I immensely enjoyed watching my favorite bands play. I hate to pick favorites but John Garcia ruled the stage. When they played Thumb, I lost it.

Anyway long story short go and check out Desertfest. I have met immense amount of people and made quite bit of friends.  Although they were not the best at organizing this year I am still happy to meet old friends and meet new ones.

In Cassiopeia ( one of the other venues) I was watching an ear wrenching karaoke show after the Sleep show . A South American girl started talking a mm from my ear, shouting and asking if I wanted to sing “ Children of Grave” with her. I nodded and smiled.  “No.” I said. “I will not sing Children of Grave with you, it’s difficult and you will sound so bad. I am not ready to embarrass myself on stage...yet”  Quickly investigating and finding out that she has a boyfriend I became more disinterested but nevertheless I wanted to see how much she sounded bad while singing the song.

After hearing her sing I have to tell you this; She should be water boarded and put on trial on United Nations Committee for violating such a beautiful song. Anyway Karaoke sucks. But I managed to save one guy from her and got me a free cd. It’s from a band called Distant Sun. It does not sound too bad. So short lesson from this story is you can save a buddy from a drunk attention seeking girl and you can get a free cd. It’s a possibility. So be on the watch.

See you guys next year! 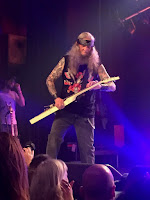 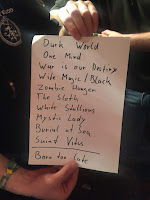 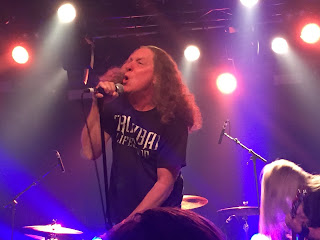 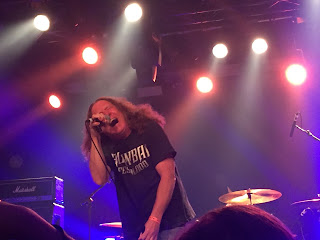 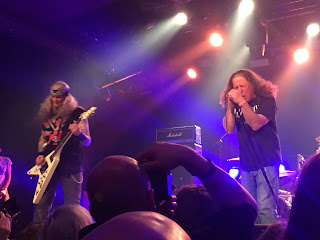 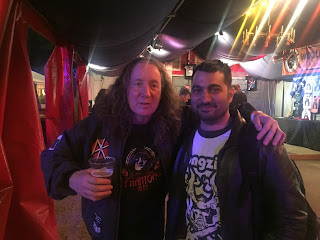 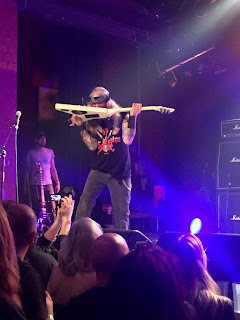 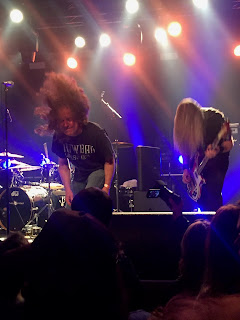 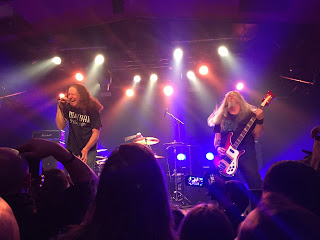 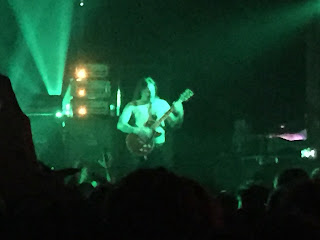 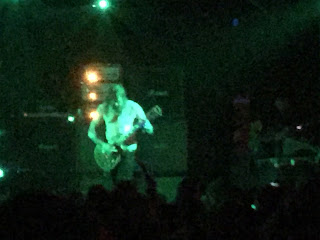 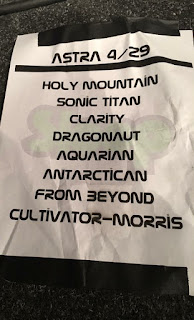 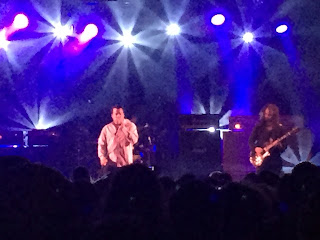 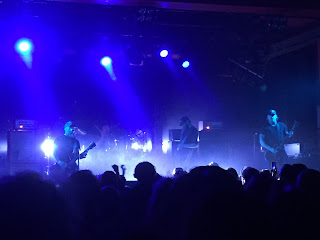 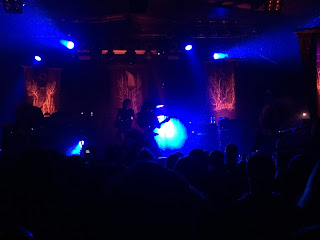 Wolves in the Throne Room


Posted by ersinlovesthedesertfuzz at 12:31 PM No comments:

Slug Salt Lava / From the Deep

Above is the Youtube link for the new Slug Salt Lava song; From the Deep.

Posted by ersinlovesthedesertfuzz at 4:27 AM No comments:


Looking for something creepy and down right depressing?
Iltiz is a one-man scary riffage hailing from Sweden.

Posted by ersinlovesthedesertfuzz at 10:55 AM No comments:

Posted by ersinlovesthedesertfuzz at 4:28 PM No comments: