"Reality, energy, perception, matter,cosmos.Everything is amazing and we're here to experience it."


I always thought of  Australia as the home of the great white shark, funny kangaroos and home of the deceased Crocodile Hunter; Steve Irwin. But now when I think of Australia I think about the awesome doom bands spawned from that area. I have been hearing about Judd Madden for some time. I also heard about the band on Hand of Doom radio. Since I also run a solo project on my own and I checked Judd Madden's music on bandcamp... I was blown away. Madden plays all of the instruments by himself

The first thing about Judd Madden's page is the great artwork. Being a graphic designer himself Madden put special emphasis on visuals of his music. The 7th album , Everything in Waves offers a visual experience as well as a thrilling travel through heavy soundscapes of doom. 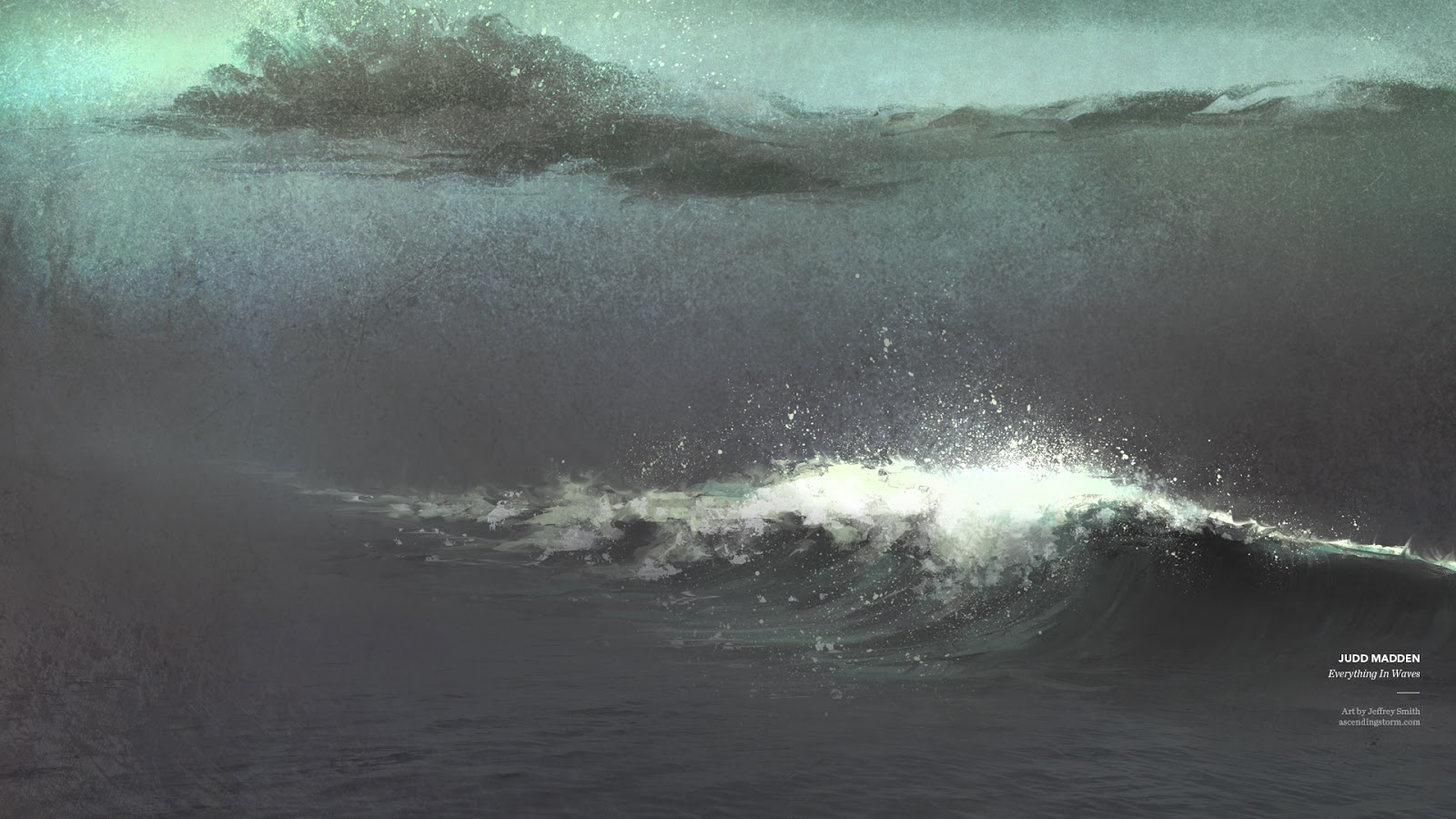 Radio & Tone the first song of the album, starts off with heavy riff and proceeds to doomy atmosphere. Then the album decends into something more sinister. Redshift&Knowing is a slower, heavier song. I will advise anyone to look at the artwork and let your imagination guide you while listening to the album. It 's not very usual that you get a different artwork for every song on an album. Colour& Theory follows the heaviness of this album. And then with surprising songs Air(I am sitting in a room) , Judd Madden adds to diversity of album with bits of scary sounds and the album becomes droney. Emission Lines , an excellent intro and some different instruments(Cello, Ebow and 12-string), is by far the most interesting song of this album. With this song , Madden created a soundtrack for an unknown movie. With a simple melody expanding into five minutes and a great finish off with a middle-eastern sound Emission Lines became my favorite song of this album. Memory Only Atoms blends well with Emission Lines since Madden continues to experiment with different sounds on guitar and gives a more soundtrack feel to it.For some reason , Memory Only Atoms reminds of the  Last of the Mohicans. Alpha Crucis A continues to follow the same pattern as the previous songs but now we hear drone sounds. Alpha Crucis B consists of a short but a beautiful acoustic melody. It paves way to the last song of the album.

528Hz may disturb the ear of the unexpected listener but as for the lovers of sludge it is simply hearing the unexpected. After the beautiful songs and slow melodies Madden comes back to good old riffage of sludgy doom and continues to surprise us with new approaches. Madden succeeded at mixing drone with sludgy riffs. 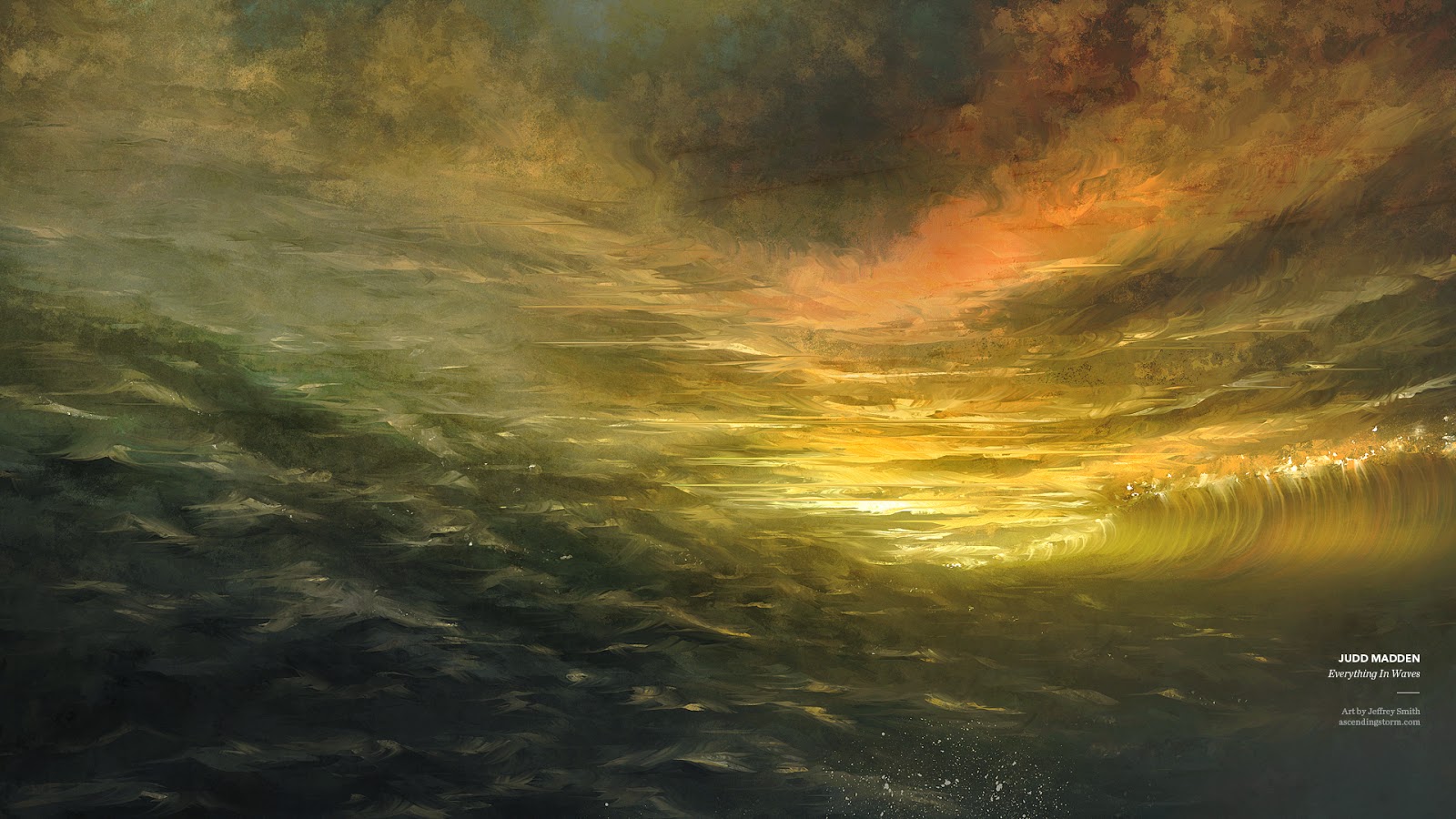 I will advise anyone who is into instrumental doom and experimental stuff to check out Judd Madden's music. He is very well known on the sludge underground so he is not hard to find. Everything In Waves is a blend sludge/ doom riffage and drone. Madden succeeds this so beautifully so that you are always at the edge of your seat, wondering what you might hear next.

The artwork of  Everything in Waves is done by Jeffrey Smith. The link can be found here.

Clint of Hand of Doom Radio also made a great interview with the mastermind behind this music. The link can be found here. 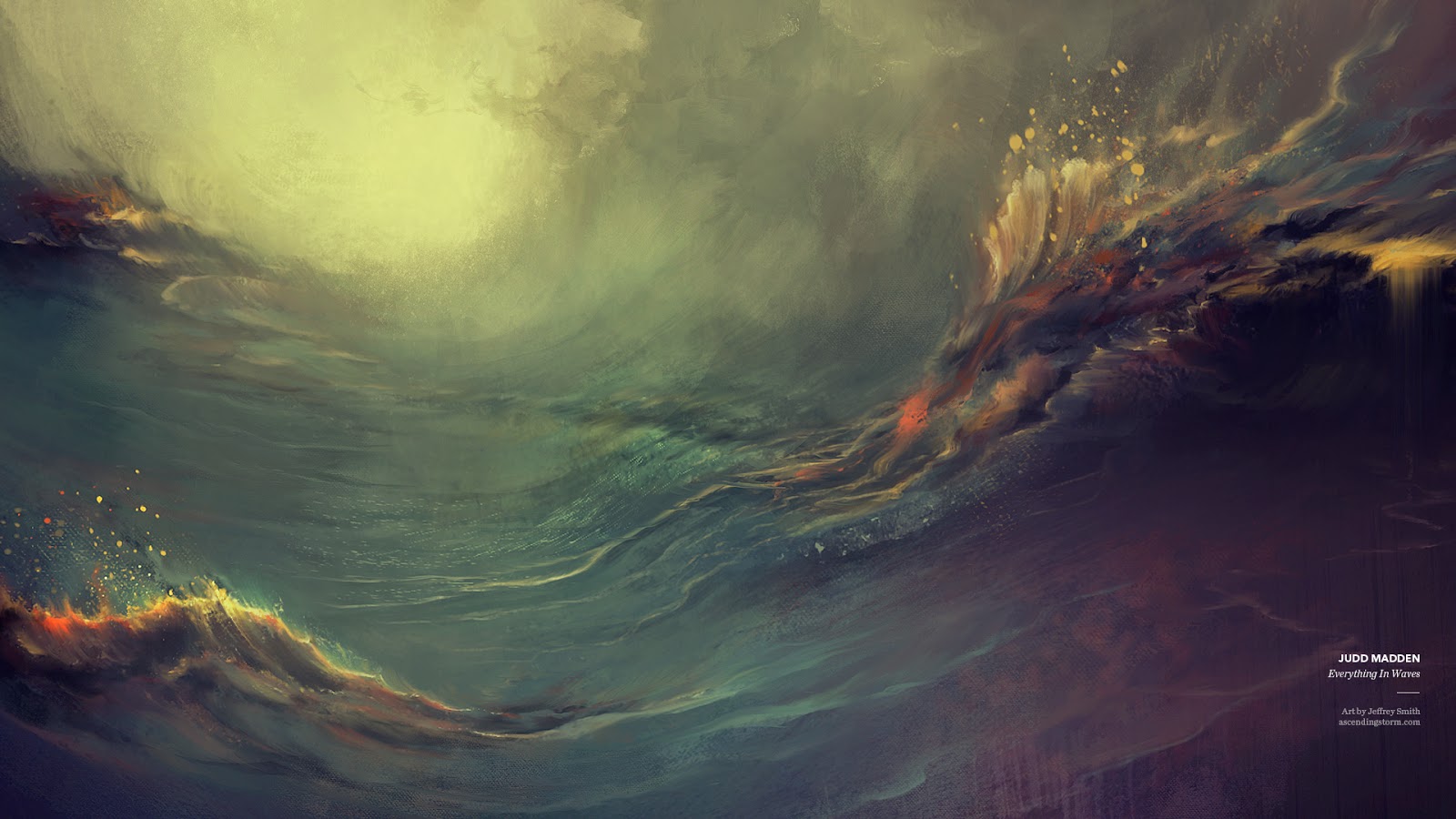 Ersin
Posted by ersinlovesthedesertfuzz at 12:59 PM